NAS, SAN and DAS: How to Distinguish Data Storages?

NAS, SAN and DAS: How to Distinguish Data Storages?

It does not seem much practical to store all data on a hard disk server. External data storages are hence a popular way to extent the server capacity. Nevertheless, their features and initial costs differ considerably. Therefore we summarise their pros and cons in order to make the choice easier for you. 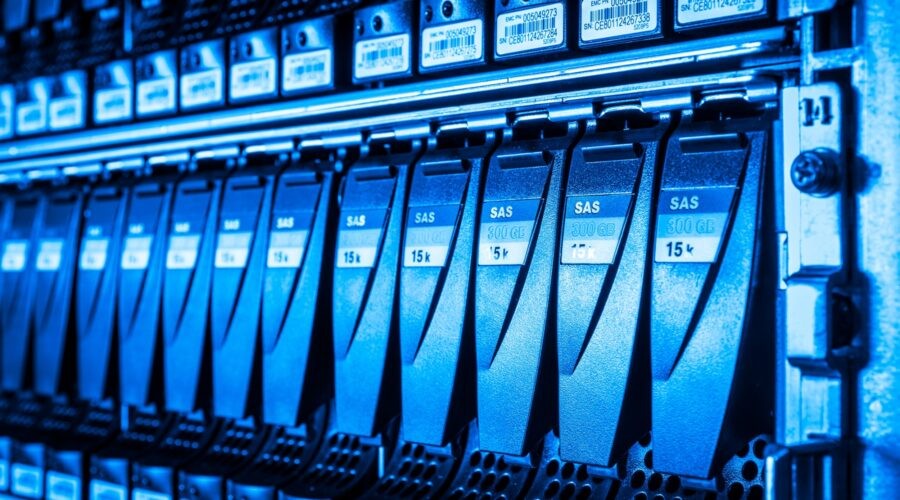 To create an external storage with ideal parameters is, to some extent, quite difficult. There is a wide scale of hardware components, types of software and protocols which, in result, provide the storage with specific features.

In order to distinguish the fundamental criteria, the abbreviations NAS, SAN, and DAS are used. To be able to explain these, it is necessary to introduce two elementary categories of external storages. Storages are hence defined based on the level of data reading and recording.

The first type works with the data on file level, which means that such storage works basically as a server with its own file system. The client’s server thus gives orders as “write X bits into this file”, or “retrieve X bits from this file”. This kind of storage is assigned as NAS.

Another option is an access to the data on the block level. Due to this the communication between the server and storage is faster wince it works directly, i.e. “write the block of information X” or “retrieve the block X”. Such storages are connected between each other and with the server either as DAS, or via SAN.

NAS as a File-Based Storage

Network Attached Storage (NAS) is a storage connected via network. Since the data are processed on the file level, NAS appears to the server as a network server with its own file system.

NAS Storage might take many forms; for instance, other servers, virtual machines and/or so-called disk-stations, which contain different numbers of exchangeable hard disks, can be connected to the processing server.

Those might be arranged as one big unit, or as a RAID array. In that case, the data are stored in a specific way analogically on two or more independent disks, so that if one of them fails, there will be no losses.

Generally, to describe the security level, a term RAID and the number is used. For instance, RAID 6 has a higher data security compared to RAID 1.

Protocols for distant approach to files via internet is used in order for the servers to communicate with the NAS storage. Network File System (NFS), which is suitable both for Linux systems and Server Message Block (SMB) – that is used in Windows – is adopted mostly.

Hard disks, SSD and disk arrays might used as DAS. Those storages are connected in diverse ways – usually SAS or SATA are applied. DAS is far more efficient and often cheaper in comparison to SAN. On the other hand, DAS is not much extensible. Number of connected computers is physically limited by number of SAS ports on DAS. Concerning disk arrays, a usual number is four.

That is why many companies and institutions prefer block-oriented storages connected via SAN. This data network connects several separated disk arrays or, possibly, NAS, which are both networked between each other and to the server via switches. If some of the nodes gets physically damaged, other storages are not threatened so that the risk of data loss is lowered.

Information transfer between individual storages and the server is facilitated via separated network which is highly scalable and thus enables connecting great numbers of storages and end-servers.

To exchange the data between the storage and server in the framework of SAN, various network technologies are applied, such as Fibre Channel (FC), Ethernet, and/or Fibre Channel over Ethernet (FcoE). For longer distances, optic cable is mostly used as a transmission medium. Shorter distances are facilitated by metallis Direct Attach Copper cables (DAC).

Pursuant to the network, or as required, it is necessary to select for a convenient transmission protocol. Fibre Channel Protocol (FCP), Internet Small Computer System Interface (iSCSI) and lately NVME-oF (NVM Express over Fabrics) are most often implemented.

FCP is possible to use together with the network technology FC or FcoE. ISCI protocol works with Ethernet, nevertheless it may be faulty, particularly considering the data loss. A wireless converged Ethernet is thus commonly used.

Currently, one of the most widely used is the NVME-oF protocol because SSD storage can be shared through it while maintaining high performance. Older types of protocols were built on regular disks, but when connecting SSD disks, they do not work as well as NVME-oF.

Both NAS and block-oriented storage connected via SAN can (but does not have to) achieve high data availability. It is not always necessary. For example, to archive tax records, you really don’t need the data to be immediately at hand.

If data from storage is used, for example, for mobile applications or a large e-shop, high availability is a must. It can be provided in two fundamental ways, either software or hardware, for which the companies such as Dell EMC manufactures suitable components.

Concerning NAS, FreeNAS, NasLite, and GlusterFS – which is also implemented in our DCs – programs are utilised. Block-oriented storages connected via SAN might be applied using CEPH, vSAN (for VMware vSphere virtualisations) software or Microsoft Storage Spaces.

Comparison of SAN and NAS

Block-oriented disk arrays connected via SAN data network and NAS storage types are used to extend the capacity either of the server, or the computer via network. In both cases the data can be shared in several nodes, so that they do not have to be stored on each server and computer individually.

A great advantage of the NAS is an easier implementation and management. It apparently depends on the specific level of the NAS; considering more complicated solutions, specialist must be at hand. The most simple ones might be connected and set up even without deeper knowledge of administration.

On the contrary, the SAN connects many software and hardware components and thus costs more compared to less demanding NAS with the same capacity. Just a few years back, only the large institutions, such as banks – for which advanced storages were necessary for their working – could afford block storages connected in SAN.

However that is not relevant any more; since the price of SAN has been reduced significantly, it has become available for the companies in general. Unfortunately though, its setting and administration is still very costly. Nevertheless, in order to store confidential or otherwise sensitive data, it is a must. Due to a separated network, data are provided with far more security.

Go for Block Storages Connected via SAN, or Is NAS Sufficient?

Both of the above mentioned solutions are different in many ways; thus it is not surprising that in practice they are used for miscellaneous purposes. Moreover, it is common in companies that the advantages of storages are combined; owing to special multi-protocols, server are able to communicate suitably with NAS, and in the framework of SAN as required. Nonetheless it is important to think ahead for what purposes you are going to use the network storage.

For instance, NAS is great for sharing files within the company. Each and every one thus has an access to identical manuals, photos and documents which they routinely use for work. At the same time it should be taken for granted that the files shared in NAS are not adjusted too often.

Considering their lower acquisition and maintenance costs, NAS are used to store and archive high volumes of data, particularly the unstructured ones, such as videos. Therefore NAS is primarily used to store security camera footage.

NAS network storages are occasionally used to extend the virtual and/or ordinary server memory, especially for the data that are not constantly read and/or re-written.

SAN features, such as high performance and availability, and low latency, are often used for the data that are frequently adjusted and must be available instantly. Communication using a high-speed isolated network as well as the entire SAN architecture allows a high frequency of IOPS (inputs and outputs per second).

They are therefore suitable for large e-shops with a large number of visitors. It is also suitable for applications that work with databases or other active data that are impractical or impossible to store on the server where the application is installed.

Fast back up of large amounts of data with very little latency is also quite popular. Due to their features and predictable performance, SAN-connected storage devices are also used for video streaming.

To Know the Storage Type Is Not Often Enough

To conscientiously select data storage precisely for specific purposes though, you must know more than which data access type and server connection is more suitable. The whole composition and settings of hardware components, types of storage, protocols, networks and in some cases even software is alchemy, which usually requires professional experience.

In MasterDC we offer NAS Storage Server with individual number of disks and RAID levels which is suitable both for shared production data, and data backup and archiving. When it comes to more demanding customers who require high availability and low latency, we also offer disk arrays with the connection via SAN. 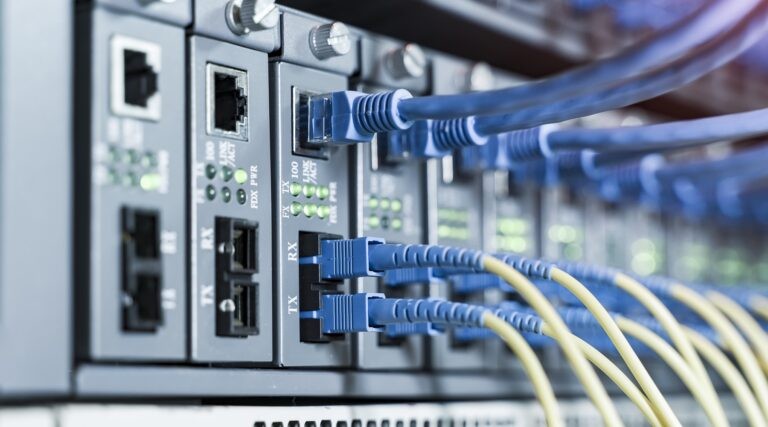 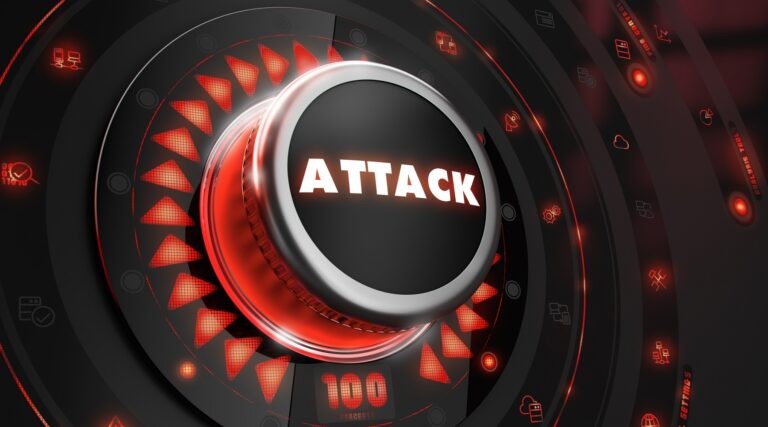 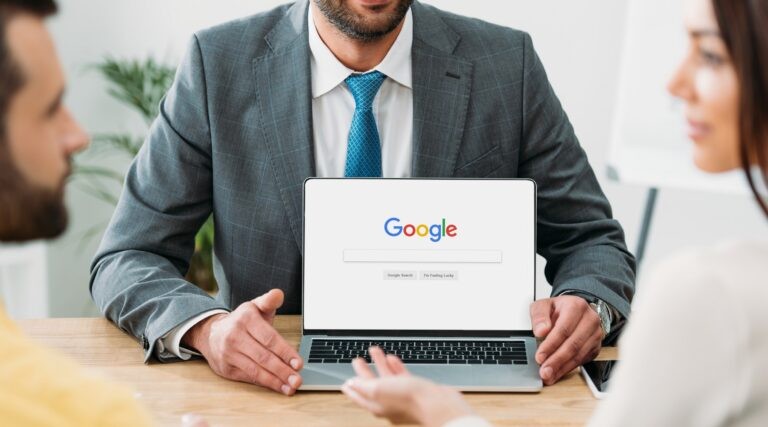 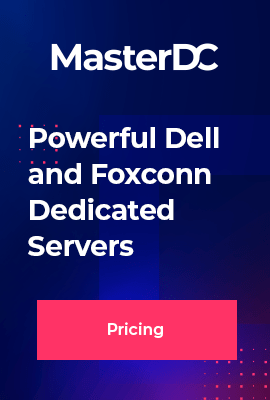